bytimberland
You are here:
< Back 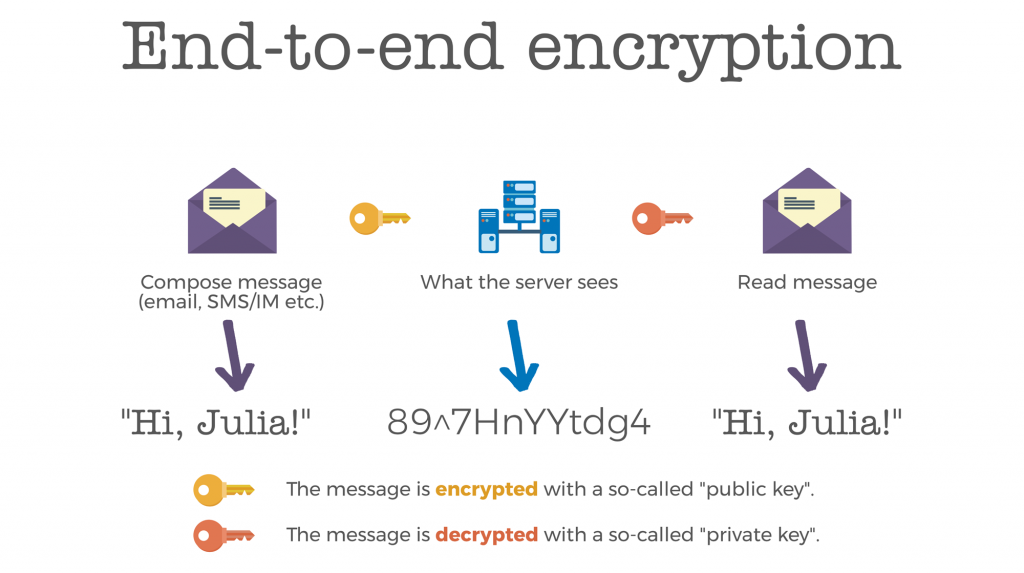 End-to-end encryption (E2EE) is a system of communication where only the communicating users can read the messages. In principle, it prevents potential eavesdroppers – including telecom providers, Internet providers, and even the provider of the communication service – from being able to access the cryptographic keys needed to decrypt the conversation.

In many messaging systems, including email and many chat networks, messages pass through intermediaries and are stored by a third party, from which they are retrieved by the recipient. Even if the messages are encrypted, they are typically only encrypted ‘in transit’,and are stored in decrypted form by the third party. This allows the third party to provide search and other features, or to scan for illegal and unacceptable content, but also means they can be read and misused by anyone who has access to the stored messages on the third party system, whether this is by design or via a backdoor. This can be seen as a concern in many cases where privacy is very important, such as persons living under repressive governments, whistleblowing, mass surveillance, businesses whose reputation depends on its ability to protect third party data, negotiations and communications that are important enough to have a risk of targeted ‘hacking’, and where sensitive subjects such as health, sexuality and information about minors are involved.

End-to-end encryption is intended to prevent data being read or secretly modified, other than by the true sender and recipient(s). The messages are encrypted by the sender but the third party does not have a means to decrypt them, and stores them encrypted. The recipient retrieves the encrypted data and decrypts it themselves.

Because no third parties can decipher the data being communicated or stored. For example, companies that use end-to-end encryption are unable to hand over texts of their customers’ messages to the authorities.

[Check out the related Wikipedia article] 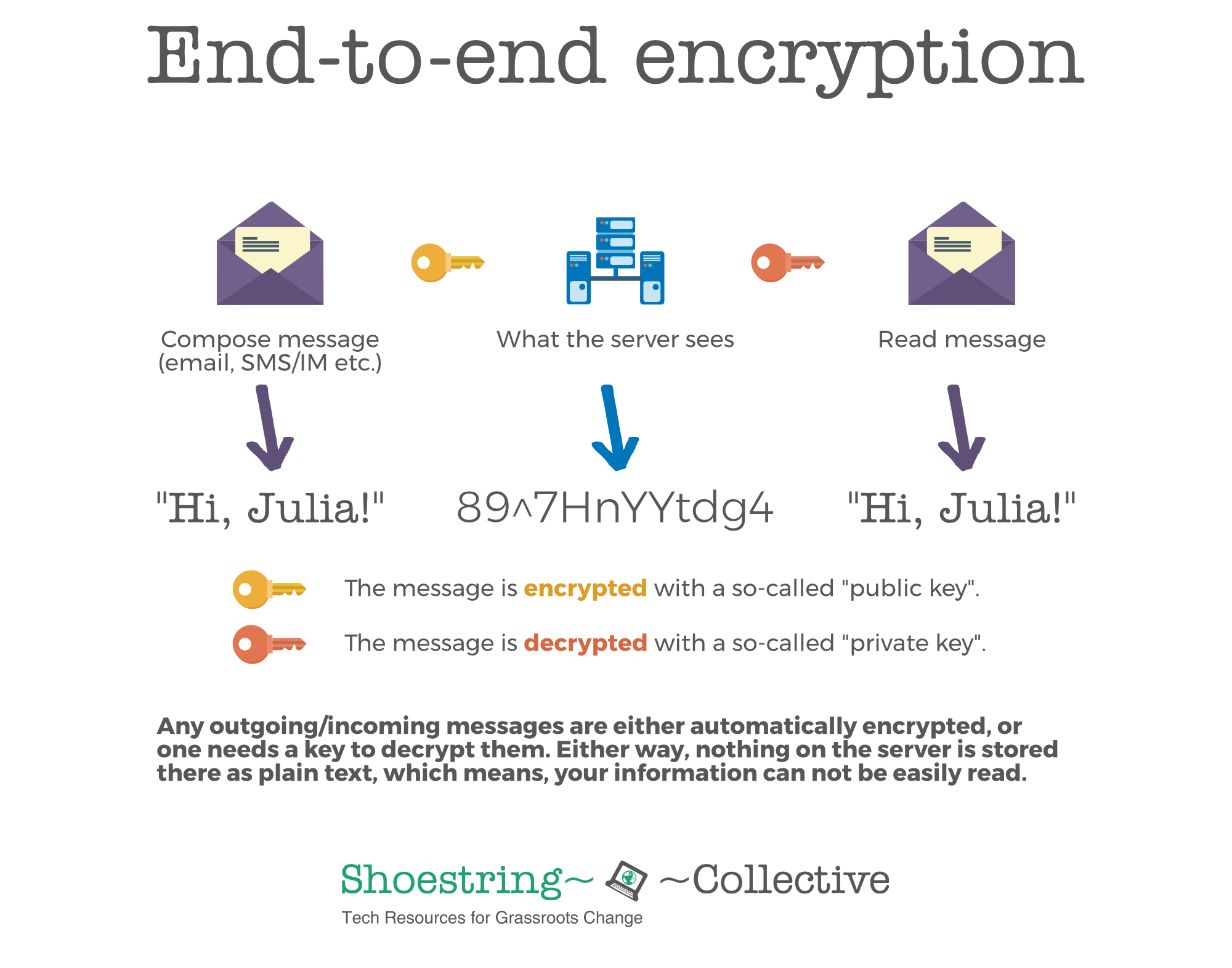