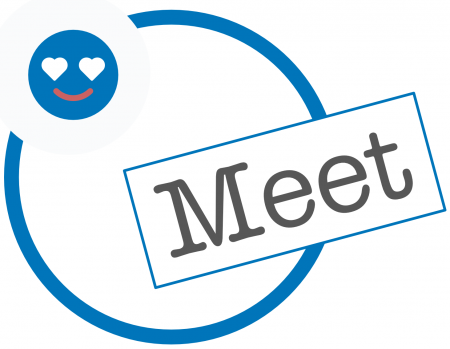 We briefly touched on “Taking Stack” as a recommendation for holding (online) meetings. “Taking Stack” is a meeting facilitation method that can be employed to strengthen and stabilize discussions and decision-making processes in cooperatives and other groups. This technique is often used in some democratic workplaces for deliberation, discussion, and decision making. Because of the way our workplaces – and society in general – are structured, most of us have little experience in actually working together cooperatively.

Therefore, when learning about self-managed grassroots groups, non-profit organizations, or employee-owned businesses, it is just as important to practice the skills necessary for workplace democracy as it is to push forward the purpose for which you came together in the first place.

The purpose of taking stack is to facilitate discussion and decision making in which all participants have equal say in a conversation. Otherwise, in a structure-less setting, an individual or a small group of people could easily dominate and shut out other participants. Likewise, in a situation where you have poor moderation, some people may be given preference over others, if anything because they stood out more or because the moderator didn’t see all hands while simultaneously trying to move the discussion along. Taking stack is meant to bring balance and a coherent method to the sometimes strenuous and sloppiness of democratic discussion and decisions.

Also, if a discussion comes up that makes more sense for a later agenda item, it is the facilitator’s responsibility to hold the conversation off until the proper time. The facilitator must constantly be paying attention to the conversation as well as all of the participants. Many democratic workplaces switch facilitators often so that not one person dominates the role, and so that everyone develops the facilitating skill. However, sometimes there are intense conversations or important decisions that require an already strong facilitator to make sure conversation or decision making is equitable and does not breakdown.

You will also need one group participant to fill the role of the Stack Keeper. It is the Stack Keeper’s responsibility to structure and order the dialogue and the decision making process. The Stack Keeper needs a pen and a couple pieces of paper.

Thus, the Stack Keeper is the person responsible for identifying who speaks and when. The Stack Keeper must constantly be paying attention and looking around the room to see who wants to speak. In addition to these duties, both the Facilitator and Stack Keeper may also contribute normally to the discussion.

The Stack Keeper should also make sure that people who have spoken before come after folks who have been added to the Stack for the first time. That is pretty much it. There are versions of it described elsewhere that outline special hand gestures, depending on what participants would like to contribute. We think it is best that every group decide for themselves how to use this technique.

Of note: “Taking Stack” can be used very successfully in a lot of situations. Be advised, however, that it is not a quick or easy way to come to a decision. True democracy never is. 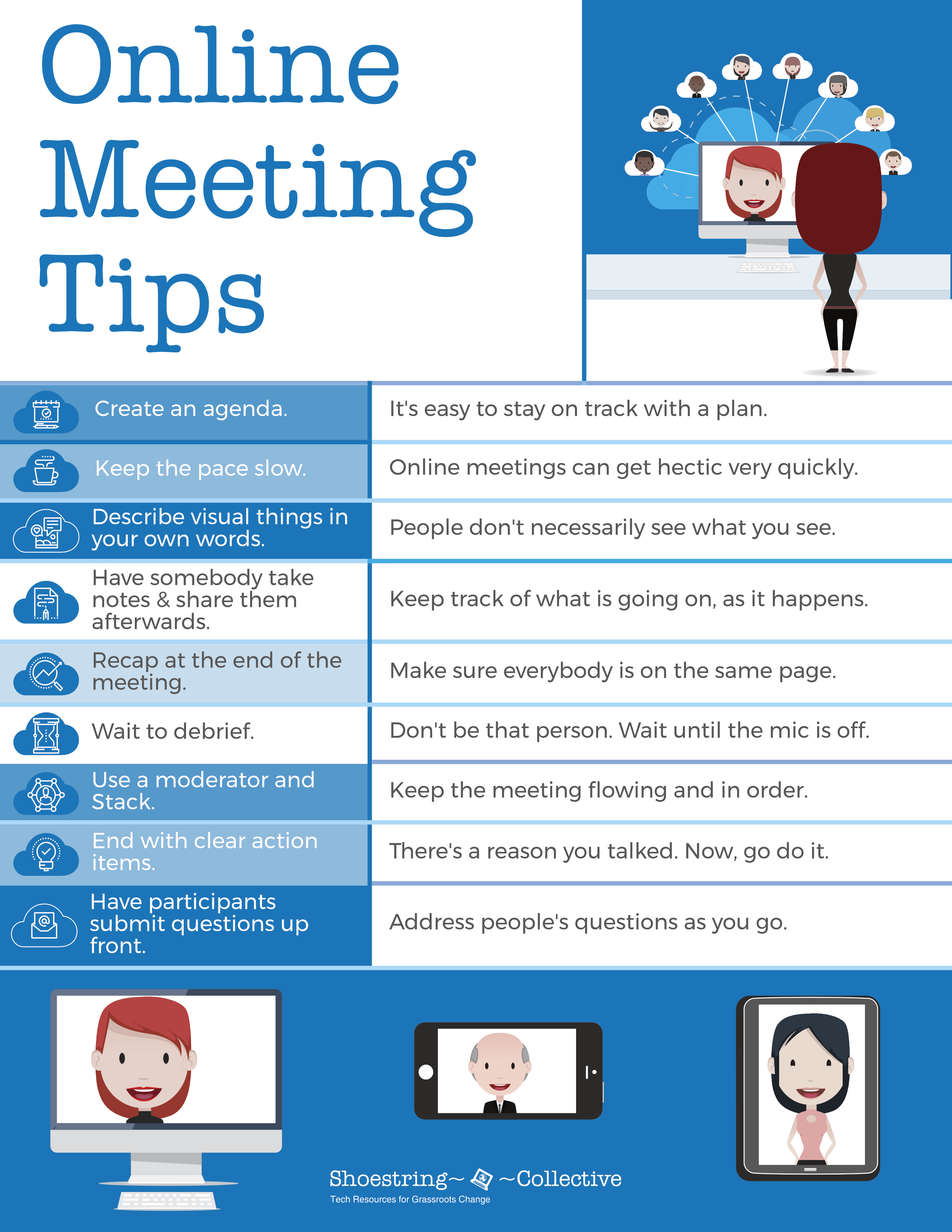 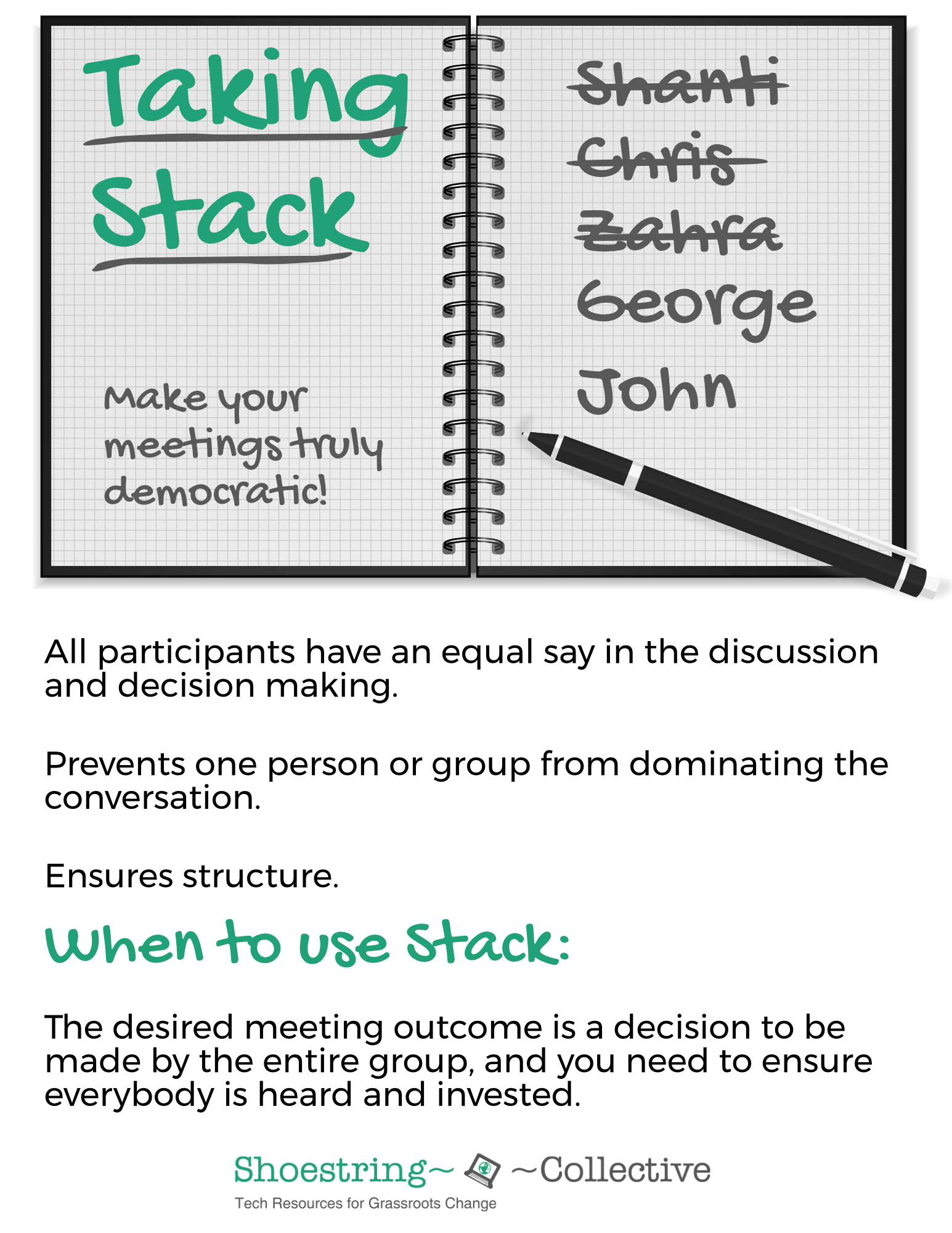